Why Rewarded Surveys Should Fit Into Your Revenue Strategy 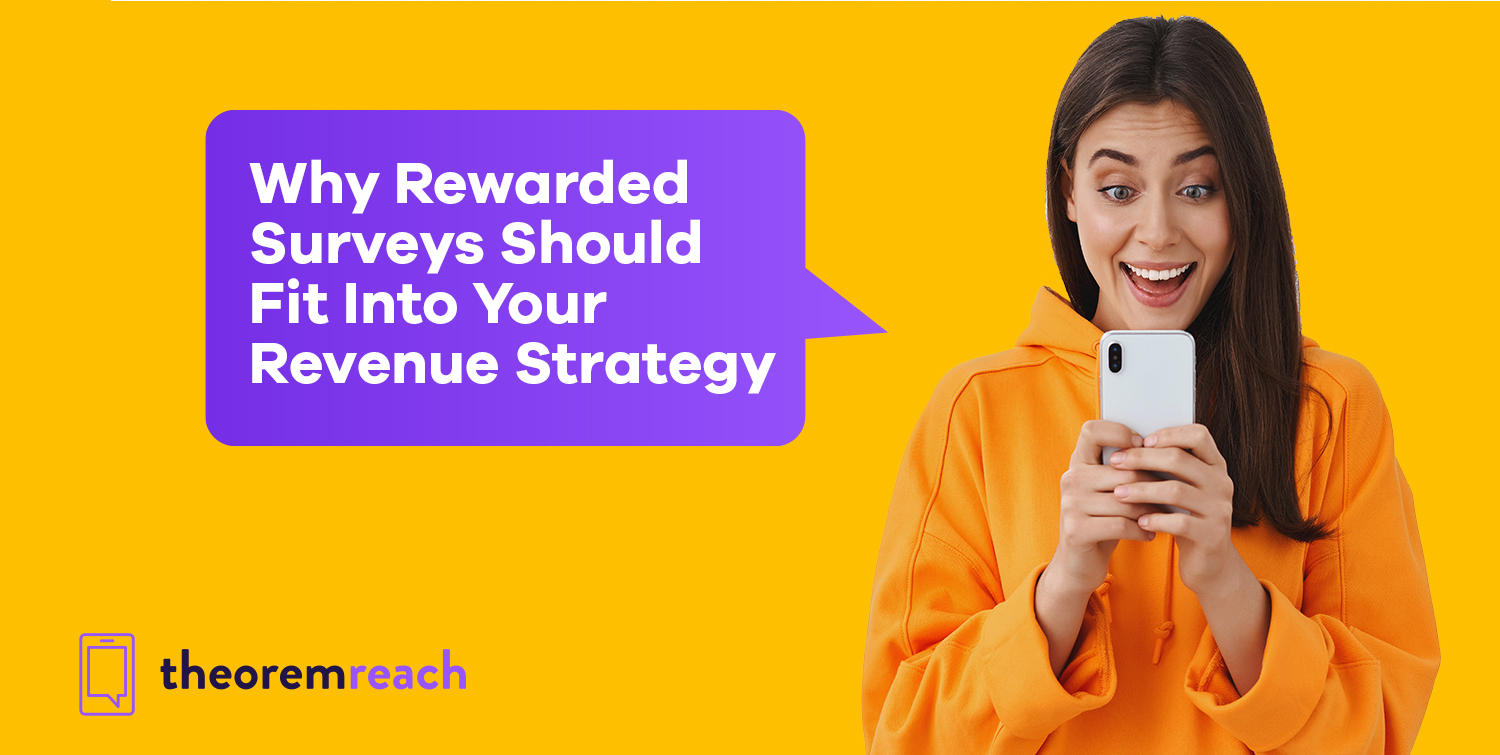 When creating a revenue strategy, many companies focus solely on constructing a set of objectives while keeping their target audience in mind -- all in order to increase sales. While this method lays the foundation for an effective revenue strategy, it also leaves extensive room for error because it’s simply not specific enough. Designing a revenue strategy using this method is kind of like planning a roadtrip and mapping out your starting point as well as your destination, but neglecting to consider how to get from Point A to Point B. Chances are, you’ll get lost somewhere along the way.

In contrast, an outstanding revenue strategy is one that considers what structures must be in place to support your strategy and ensure its success. By including these essential elements, your revenue strategy is transformed from a list of targeted goals into a plan of action. Now, you not only know where you’re going, but also how you’re going to get there.

Rewarded Surveys are the Next Evolution in Market Research

Rewarded surveys offer benefits beyond increasing revenue; they’re also an avenue for collecting integral data about your consumers and their opinions. According to Statista, “the global revenue of the market research industry exceeded 47.3 billion U.S. dollars in 2018,” and that “North America generated the largest share of market research revenue at 45 percent, or 21.3 billion U.S. dollars.” And the old market research methodologies are no longer effective; users simply don’t have the time, desire, or attention span to reply to email surveys or answer polls via text message.

As market research systems evolve, rewarded surveys stand out as an opportunity to gather data from users without boring or alienating them. The very structure of rewarded surveys, with their opt-in features, means that consumers are voluntarily sharing what they think and care about. The implication for both developers and market researchers is immensely valuable: rewarded surveys provide data that is both authentic and trustworthy, and because they do, they’re worth paying top-dollar for.

In order for any revenue strategy to be effective, it must be replicable and include both short- and long-term goals. When users are presented with multiple options (such as rewarded ads, videos, or surveys) for earning in-app incentives (such as currency, points, or lives), the user experience is enhanced. People naturally enjoy autonomy, so they’re pleased when your interface respects and even rewards that instinct. In fact, our research shows that 96% of users prefer to have a variety of ways to earn rewards in a game. 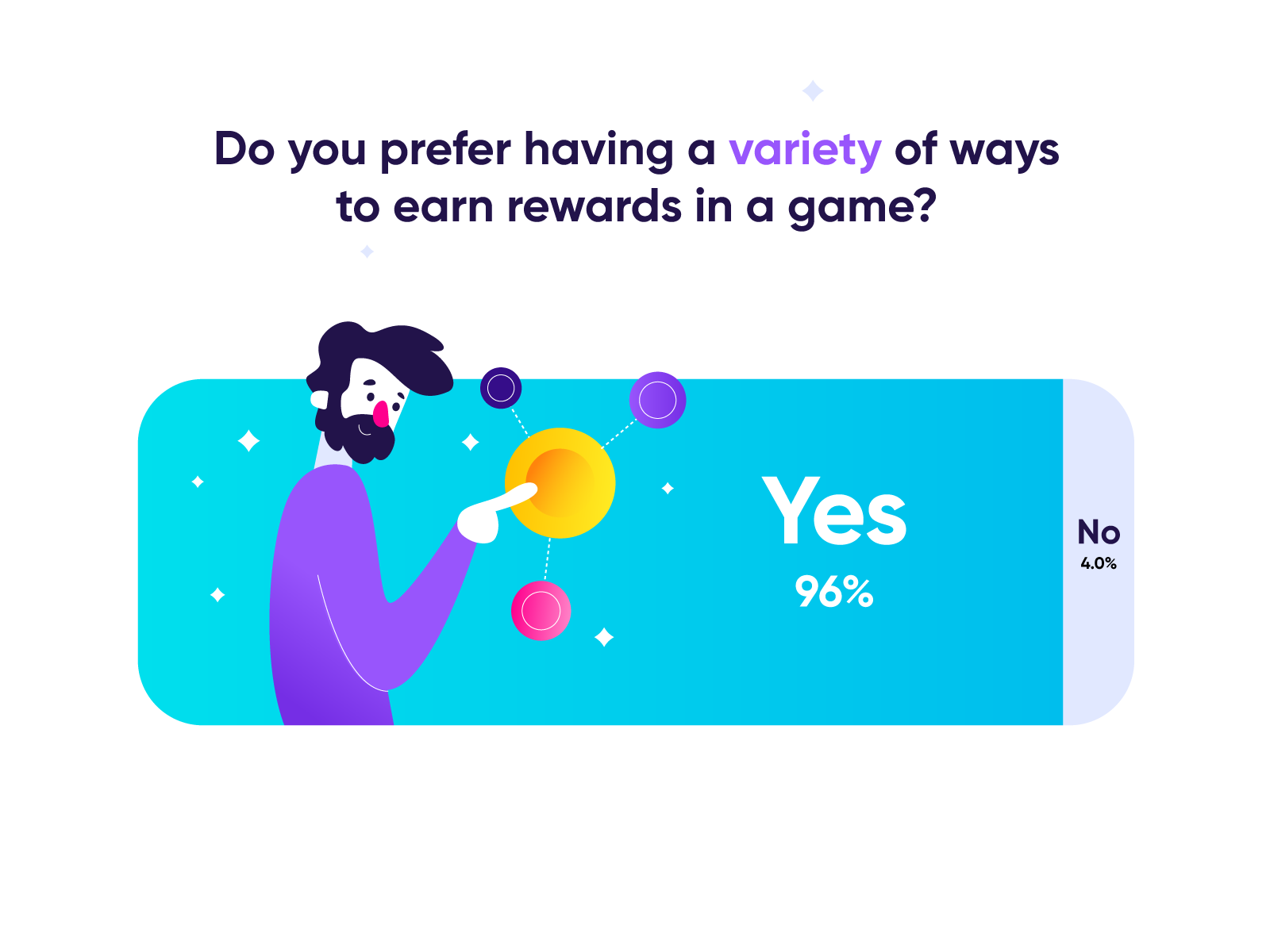 When you provide a better user experience, those users are more likely to continue playing and more likely to return to your game in the future. This means you’re earning revenue now as well as later, which makes meeting both your short- and long-term revenue goals much easier. When users are turned off by an in-app monetization strategy, they disengage from the game and disconnect from the app. Rewarded surveys are one way to ensure you’re retaining customers -- right now and in the future.

Simply put, rewarded surveys grow your revenue. Rewarded surveys can and will make your company money. Considering that less than 0.01% of all consumer mobile apps in 2018 were considered a financial success by their creators, rewarded surveys have the potential to increase earnings and facilitate the growth of your business.

Moreover, rewarded surveys don’t have the negative impact that many ad formats have. It’s well-known that app users consider ads intrusive and annoying, and even watching videos for rewards can be repetitive and boring. In contrast, rewarded surveys are an avenue to increased conversions; users play for longer, and have more incentive as well as opportunity to consider making in-app purchases.

So, the next time you sit down to review your revenue strategy, consider adding structural supports to your plan. Devise a concrete, actionable approach that will allow you to actually meet your objectives.. And consider using rewarded surveys as a key lever to achieving your revenue goals.