Video Advertising: How to Earn Money with Your Free App

As an app developer, you’re always looking for new ways to monetize your app. There are a lot of options out there, too: in-app advertising, freemium, subscriptions, in-app purchases, sponsorships, and even rewarded surveys. When it comes to monetizing your free app, it’s not a matter of finding a way to do it: there are a ton of methods available. Instead, it’s a question of deciding which methods are right for you, and how you should implement them as part of your overall monetization strategy.

In a recent blog post, we took a look at mobile advertising trends for 2018.  A lot’s changing when it comes to the world of mobile ads. Some of the things we found as we made our predictions for the coming year were:

More than anything, though, one of the biggest things we’ve noticed about mobile advertising in 2018 is the growth of video as a delivery medium. The current estimate is that 87% of mobile advertisers are already using video as part of their advertising strategy, and that number will only continue to increase. Consider too that while 61% of video content was viewed on a mobile device in 2017, we expect to see that number rise as high as 72% in the coming year. That’s a lot of mobile video!

So: what is video advertising? How does it work? How can you make it work for you? Read on to find out.

What is video advertising?

Video advertising simply means presenting a consumer with an ad in video form. When we think “mobile advertising,” the first thing that comes to mind is usually banner ads. (Actually, the very first thing that comes to mind might be, “ugh, I hate mobile advertising” — but don’t give up yet! Keep reading.) Traditionally, banner ads have been the most common way that advertisers deliver their message to users on mobile, and they continue to be an important mechanism. Increasingly, though, video advertising is replacing them.

Part of this is thanks to the growth of so-called “native advertising.” With native ads, a user is presented with an ad that fits more or less seamlessly into their experience of an app. This kind of advertising continues to grow in popularity, and splash pages with video ads work well as part of a native ad strategy.

When it comes to traditional video ads, there’s no much difference between video advertising and other forms of in-app advertising. Right now, in-app ad revenue is soaring: it exceeded $50 billion in 2016, and we expect that number to go considerably higher in 2018. The problem with traditional video advertising, though, is that it doesn’t necessarily kick a lot of that revenue back to the developer. Part of the problem is that most users don’t pay attention to video ads, and ad companies know this — so, they tend to pay very little on a per-view basis to developers. 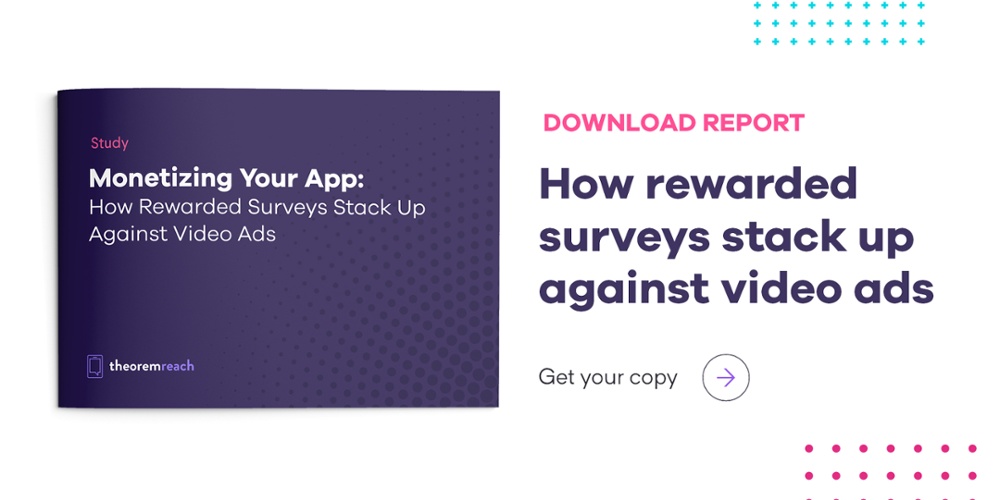 What is rewarded video advertising and how is it different?

There’s another way to present video ads to users: one which increases user engagement. Rewarded video is similar to traditional video advertising, except for the fact that users are presented with some kind of reward after engaging with a video. The reward could be a new item or level in a game app, or a new feature in a more utilitarian app.

Rewarded videos are easy to implement into your app, and engagement is much higher than with traditional video advertising. After all, users know that they’re actually getting something out of the process rather than just being pandered to by an advertiser. The average eCPM (effective cost per mile) of rewarded video is significantly better than other forms of in-app advertising. Plus, since they’re an opt-in form of advertising, you’re unlikely to turn users off when you use them.

Are there other approaches to app monetization?

While we’re pretty big fans of rewarded video as a monetization strategy, we have to admit: we here at TheoremReach are pretty partial to rewarded surveys. They offer some of the same benefits as rewarded video — high engagement, user opt-in, and happier users — but with an even higher payout to app developers. If you’re interested in learning more about how TheoremReach can help you monetize your app with rewarded surveys, click here to sign up for a developer account.