This is how to monetize your app with rewarded surveys 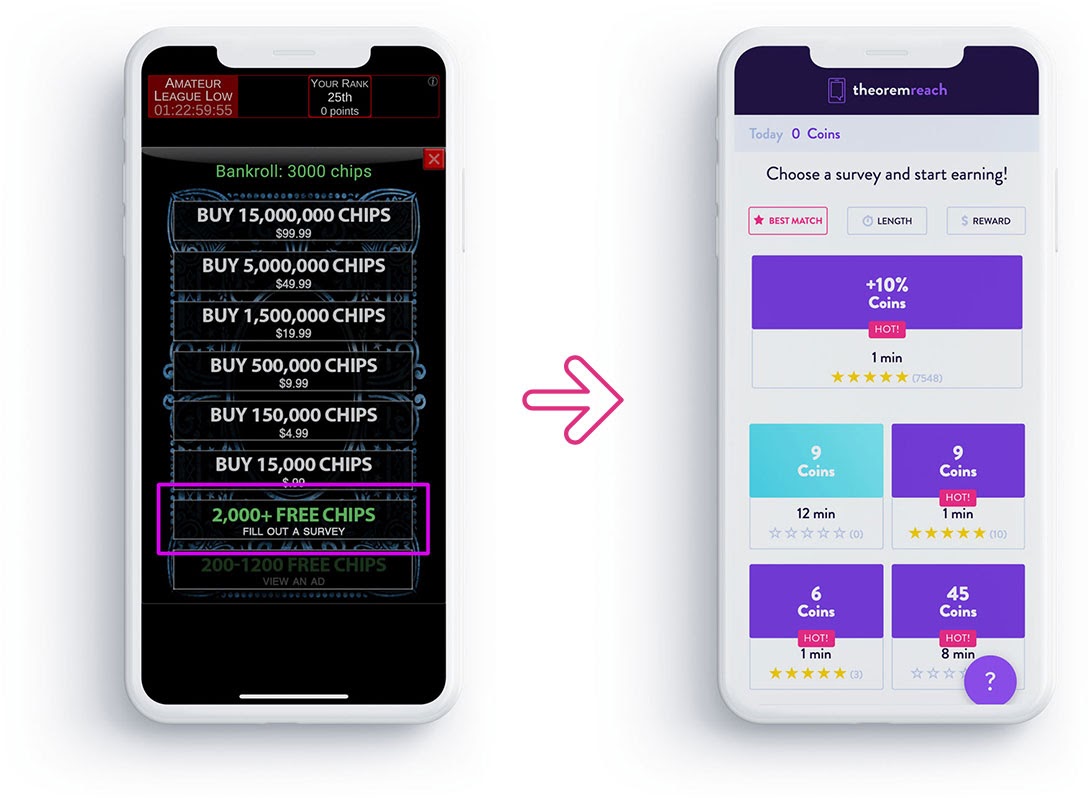 It’s not just hard to find viable ways to make money with your app; sometimes, it can feel downright impossible. In fact, app monetization is the #1 challenge for app publishers in 2020. Amongst advertisers, publishers, and offer wall providers, it’s common knowledge that only 5% of app users are willing to make in-app purchases. Moreover, the success of rewarded videos as a source of monetization is fading. Rewarded videos have great promise as an app monetization strategy, but users report they become repetitive over time. The reward isn’t worth the time or investment, so user engagement begins to decrease.

Rewarded surveys are the next generation solution to app monetization. They’re made for you, but they’re also made for everybody, because they’re infinitely customizable and individualized. They can work in tandem with rewarded videos, compounding your app monetization avenues and boosting user buy-in. The value of rewarded surveys is both tangible and highly sought-after, because with rewarded surveys, everybody wins. When users complete a survey, they receive an in-app reward; the researcher receives reliable and useful data; and the developer gets paid. Right?! Everyone wins.

Read: How to monetize your app with rewarded surveys

What are rewarded surveys?

Rewarded surveys are, in short, market research surveys designed for mobile applications that users must opt into and complete in exchange for in-app rewards, such as coins, credits, or lives. And market research surveys are essentially the go-to means for gathering any sort of market information. However, the reliability of market research surveys greatly depends on the methods by which they are given. There are people out there who are considered “career survey takers,” who tend to form ideas about the purpose of the study and align their answers with that purpose, which makes the data at the very least inauthentic, and at the worst, completely invalid.

Market researchers are looking for ways to get their surveys into the hands of real people. When rewarded surveys operate within real apps used by real people, they become incredibly valuable for mining genuine consumer data. The data they provide to researchers is both authentic and trustworthy, and that’s worth paying top dollar for. According to Statista, the global revenue of the market research industry exceeded $47.3 billion U.S. dollars in 2018, and with plenty of researchers actively pursuing and purchasing information about customers, there is also great monetary incentive to supply high-leverage data. Every business, large or small, needs this important data to build and target their consumer profiles, and rewarded surveys are a great way to meet the demand. 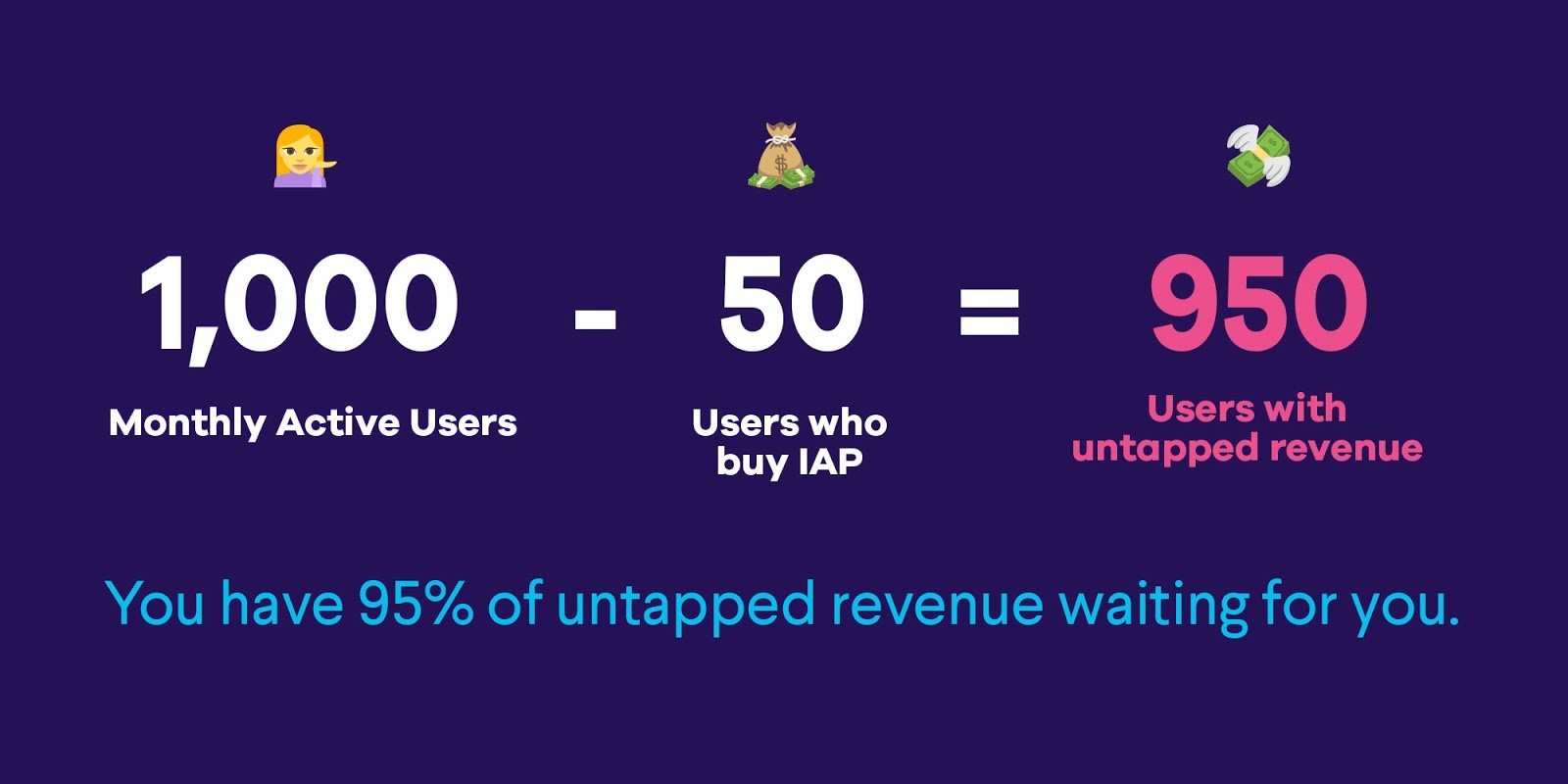 Rewarded surveys may not be superheroes but they do have some impressive superpowers.

Surveys feature customizable lengths and reward amounts. Many users get frustrated by the length of video ads, which may influence their app usage. With rewarded surveys, users don’t appear to be bothered by length, but as a publisher, you can customize your surveys to allow for more user choice: let your users choose the length of the survey they can take, and align the reward amount to their time investment. Longer surveys earn users more, or better, rewards, while completing shorter surveys or partially completing a survey can still make users eligible for a reward, albeit a less valuable one.

Rewarded surveys also increase engagement and user retention. One case study found 6x the user retention and a whopping 3,000% increase in user lifetime value amongst rewarded survey takers. Part of what makes rewarded surveys so enticing to users is that they aren’t repetitive like other forms of advertising; instead, they are user-responsive, ensuring that users aren’t seeing the same questions over and over again. TheoremReach’s survey integrations promise a new, exciting user experience, one that will capture the attention of a diverse audience.

Another superpower of rewarded surveys? Increased revenue. With lightning-fast integration ability -- whether via SDK or a web entry link -- you can get rewarded surveys up and running in your app within a day, adding another revenue stream to your app overnight. Surveys or surveys paired with your current video ads also tend to perform better than video ads alone; we often see surveys providing twice the average revenue per daily user when compared to rewarded videos. Make the switch, or consider using both monetization methods at once to double down on your earnings.

At the end of the day, though, it’s that customizable, personalized experience that truly translates into profit, simply by increasing overall time spent on rewarded surveys by users. How that time is spent can even be left up to the user: they can choose to complete multiple shorter surveys or engage in longer, higher-reward surveys. The end result is always the same: because users are willing to spend considerable amounts of time taking rewarded surveys, your bottom line goes up.

Best practices to add rewarded surveys to your app

If, at this point you’re thinking, how in the heck can I get in on this?!, don’t fear -- you’ve come to the right place. Read on for some of the most effective, tried-and-true methods for incorporating rewarded surveys in your app today.

Because one rewarded survey can generate value equivalent to dozens of short video ads, allow your users to complete a surrvey to stop, or decrease, the amount of video ads they encounter. This produces a better user experience and increases retention. All while not sacrificing revenue, only increases engagement.

Users love, love, love to earn in-game boosts. However, research shows that only about 5% of average app users are willing to pay for these kinds of features. This means you’re currently missing out on the opportunity to monetize the other 95% of your users. The solution? Give non-paying users the chance to earn a boost by taking a rewarded survey.

Is your game economy-based? Does your app contain in-app currency? While a small number of gamers are willing to shell out cash for in-game currencies, the vast majority prefer to earn these kinds of rewards through other means. Give users the option to take surveys whenever they want in order to earn digital currency. You’ll be pleasantly surprised at how much this can impact your overall ARPDAU and user engagement.

User rewarded surveys to earn currency, and users can choose the length of engagement

Simply put, rewarded surveys will grow your revenue. Considering that less than 0.01% of all consumer mobile apps in 2018 were considered a financial success by their creators, rewarded surveys have the potential to increase earnings and facilitate the growth of your business.

The next time you sit down to review your revenue strategy, consider adding rewarded surveys.

87% of users say they want the option to take surveys to earn in-game rewards in addition to other types of offers and in-game ads. The bottom line? Users want options. As a publisher, give your users what they want: the ability to earn in-app rewards by taking surveys.