How To 2x Your Revenue: Rewarded Surveys Pair Well With Video Ads 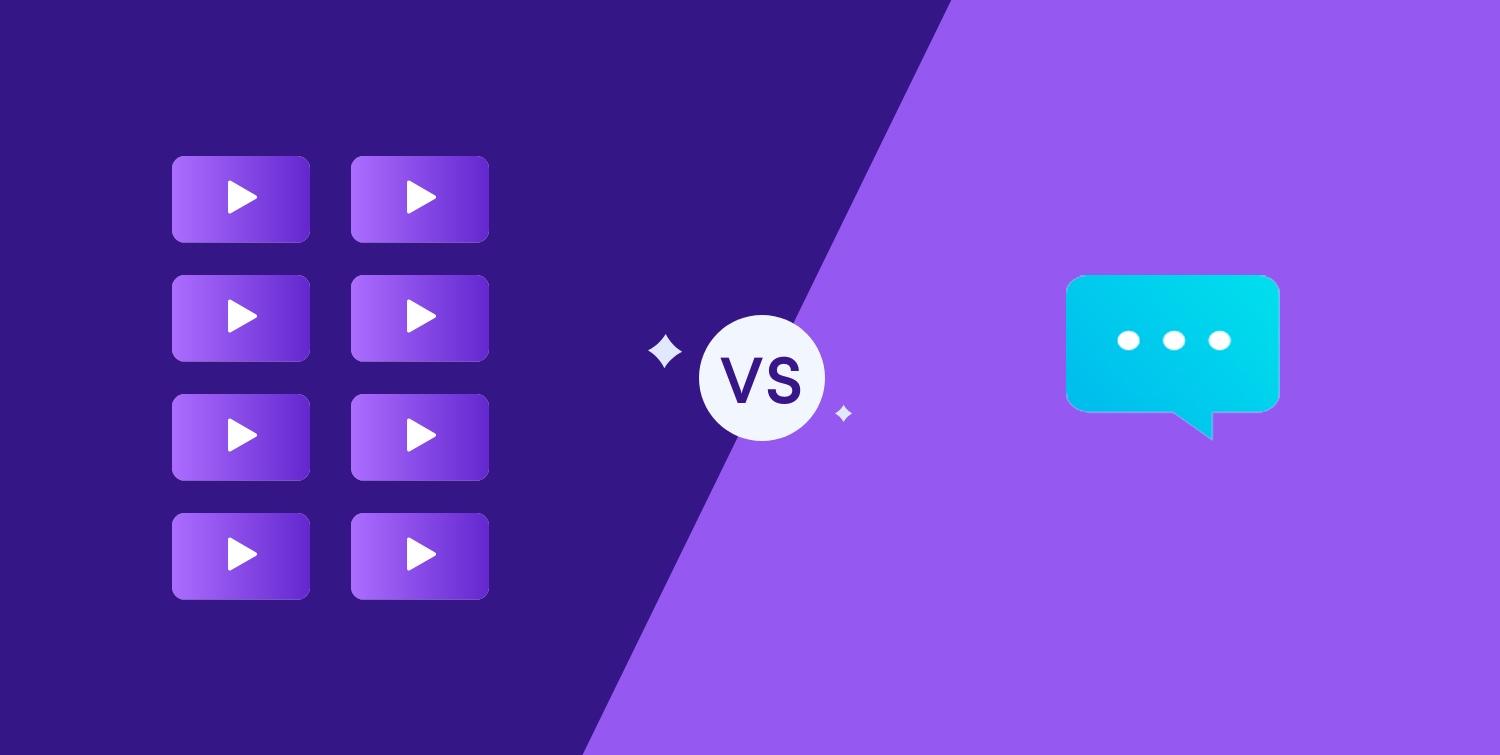 Video ads, banner ads, and offerwalls are the first strategies that come to your mind when you think of ways to earn revenue in your app. Have you already tried these? Most have. We want to challenge you to explore a new form of monetization that will start showing you results.

First off, in order to try this, you don’t need to remove any of your current monetization strategies or pull your SDKs out of the app. Phew.

You have 95% of untapped revenue waiting for you.

So let’s first talk about your users. Did you know that only about 5% of users are willing to make in-app purchases? That leaves 95% of your users available to start earning revenue from.

Let’s do some 1st grade math.

I know - but it’s nice to break it down. If you have 1,000 users per month. That means 950 of them are revenue potentials. Let’s be generous and say that 50% of them will tolerate video ads. That leaves you with 475 users that are still not earning you any revenue. You should truly consider giving them additional options to earn rewards the way they want to. You’ll increase LTV, retain those users, and earn more revenue. Win win win. 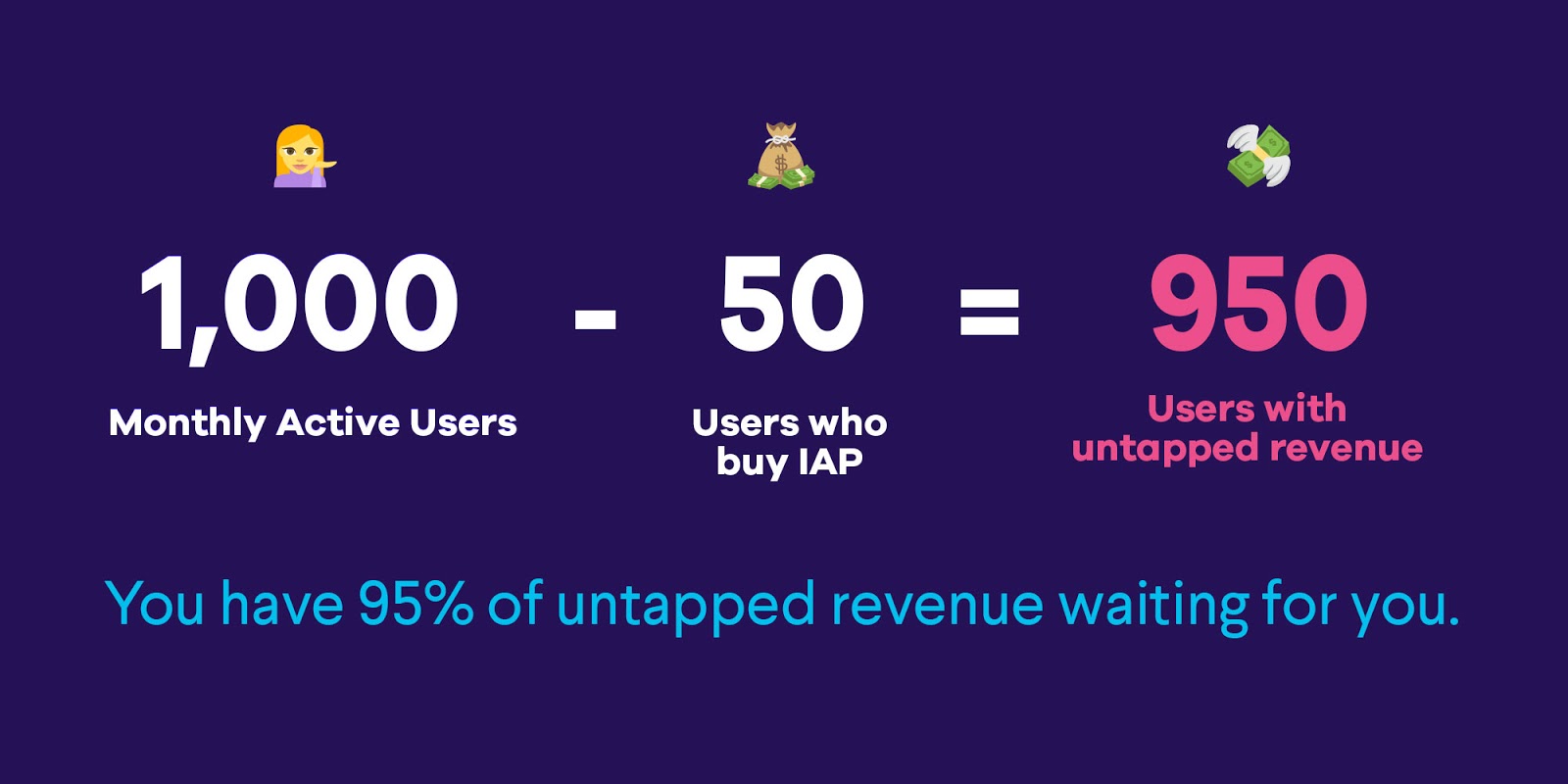 In fact, we asked users how they prefer to earn revenue and the results aren’t surprising but are helpful when thinking through how to reach your entire audience. Here’s a really quick breakdown of the results. If graphs, aren’t your things, essentially people want a variety of ways to earn rewards. Give them a choice. 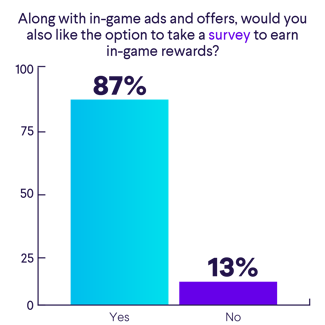 To dig further into the study, here are some more helpful tidbits that you might find userful:

Not All Users Are Fond of Video Ads

Our aim was to find out what users really think about different forms of monetization. We started by asking them for their opinions about video ads.

Here are some of the highlights: 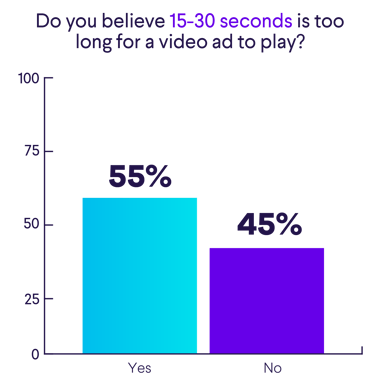 The difference in user response when it comes to rewarded surveys is dramatic: 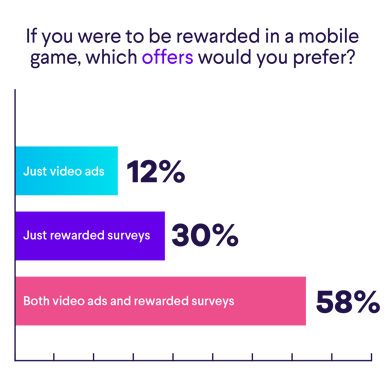 Think surveys are too long? Well, that might not be a bad thing.

Recall that more than half of users consider a 15-30 video ad to be too long. But when asked whether they would prefer a 30 second video ad that awards 100 coins or a 3 minute survey that awards 600 coins (that is, the same reward:time ratio), 73% of users said they’d rather take the survey.

It’s a lot more work to watch 6 videos rather than take 1 survey.

Users aren’t bothered by lengthy surveys -- even when they’re several times longer than the average video ad. They earn 2x the reward when they take a survey. If a user takes a 1-minute survey, they would need to watch an equivalent of 3-minutes of video to match the rewards earned. No thanks. 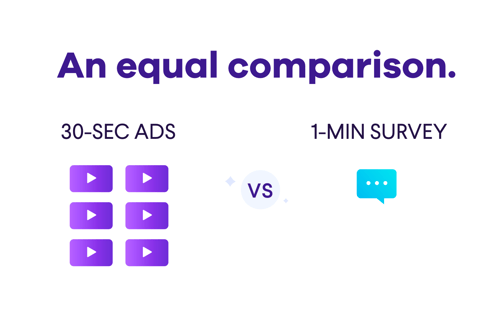 Give Users Options with Rewarded Surveys

The data is clear: many of the app users we surveyed prefer rewarded surveys to video ads. But simply put, you should add in surveys to gain the favor of those who do not want to be advertised to.

87% of users said they want the option to take surveys to earn in-game rewards in addition to other types of offers and in-game ads.

The bottom line? Users want options. As a publisher, give your users what they want: the ability to earn in-app rewards by taking surveys.