App Users Want Options: Don’t Miss Out On A Major Source of Revenue

As an app publisher, you’re always looking to optimize your monetization strategy. And ever since Apple’s crackdown on offerwalls last year, publishers have had to diversify their monetization toolkit.

A lot of publishers have settled on video ads as a reliable way to monetize non-paying app users. But opting for video ads alone means that you’re missing out on a major source of potential revenue.

Survey Sentiment: How Do Users Feel About Rewarded Surveys?

At TheoremReach, we help publishers incorporate rewarded surveys into their apps. We’ve known for a while that rewarded surveys can increase ARPDAU, user retention, and user lifetime value -- but some publishers are still skeptical. Do users really want to be presented with another in-game offer? Wouldn’t they rather just watch video ads to earn in-game rewards?

We decided to find out. After surveying users across a range of apps and websites, the results are clear: app users want options, including the option to take rewarded surveys.

Give App Users What They Want

To start, we asked users what they preferred while playing a mobile game: watching video ads or giving their opinion as part of a survey. Half of users said they preferred the latter. So while video ads are certainly an effective means of monetizing some users, failing to offer a rewarded survey option means that you’re leaving money on the table.

When we asked respondents how they feel about rewarded surveys, the answers were overwhelmingly positive: 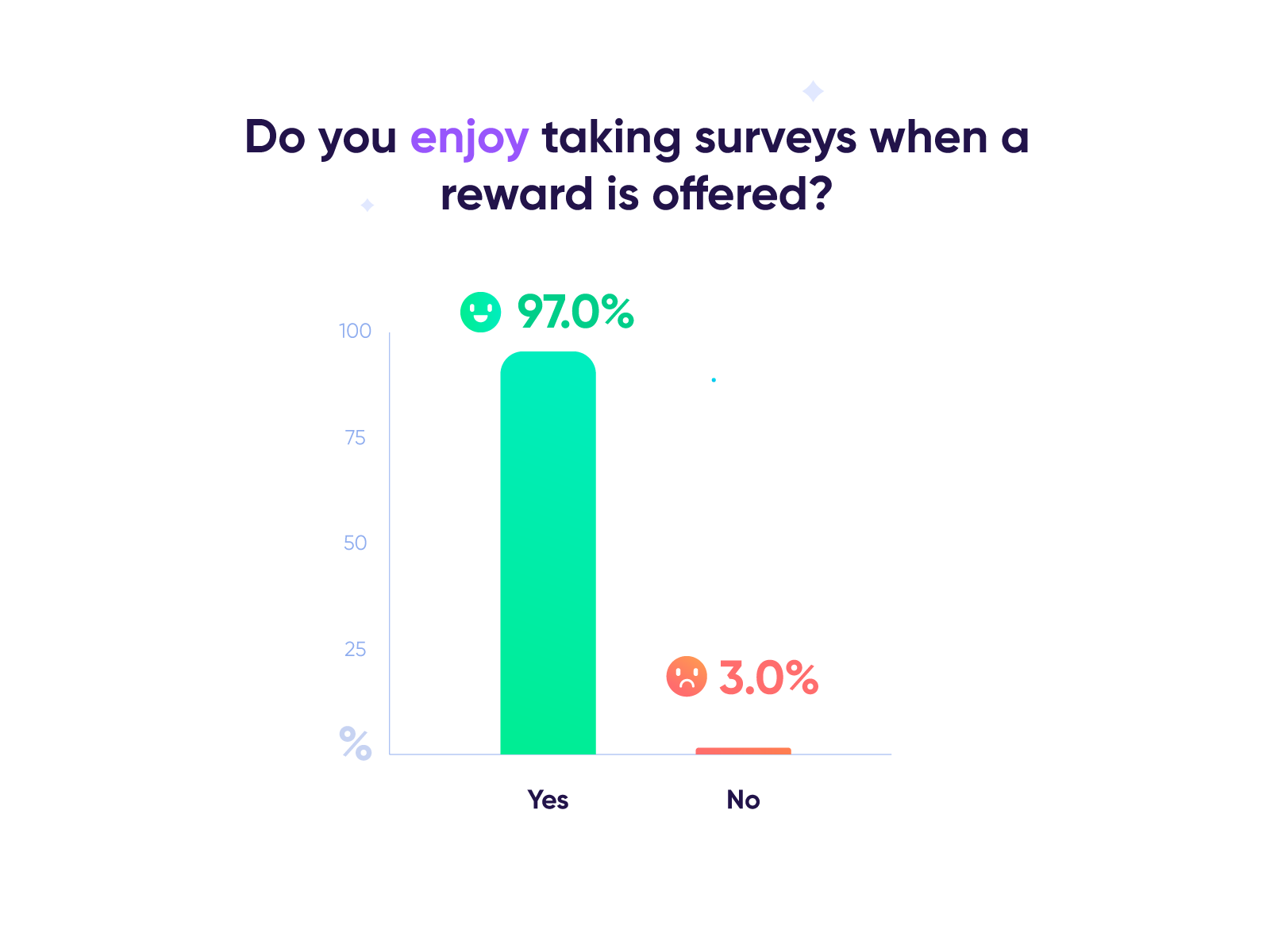 In summary: most app users enjoy taking surveys, have taken them in the past (and may be looking for the opportunity to take them while using your app), and prefer surveys to in-app purchases.

Importantly, one in three users is willing to spend a significant amount of time taking in-app surveys. If you’re not giving those users the opportunity to do so via your app, you’re missing out on a potential revenue stream. 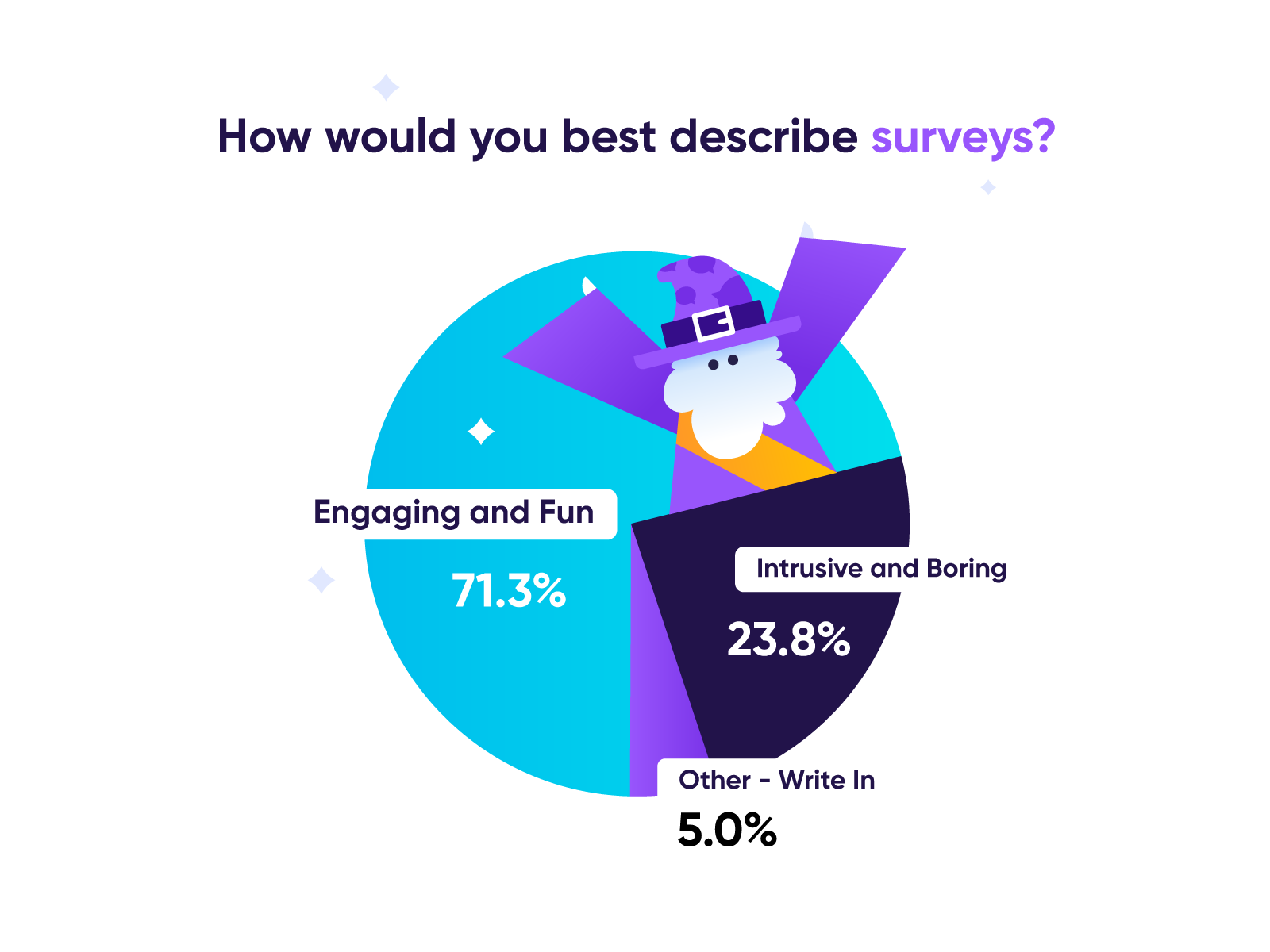 In fact, 71% of users responded that they think surveys are “engaging and fun.” When given the chance to provide a write-in response summarizing how they feel about surveys, here’s what users had to say:

Don’t Miss Out On In-App Revenue: Give Your Users Options

It’s clear that a lot of app users enjoy taking surveys. But even when you consider the fact that a small number of users do prefer video ads to surveys, there’s one important statistic to keep in mind: 96% of users surveyed said that they prefer having a variety of ways to earn in-app rewards.

The bottom line? Your users want options. By giving them the chance to earn in-app rewards via rewarded surveys, you’ll be able to cash in on a major source of potential revenue.

Are you ready to add rewarded surveys to your app? TheoremReach can help. Click here to get started. 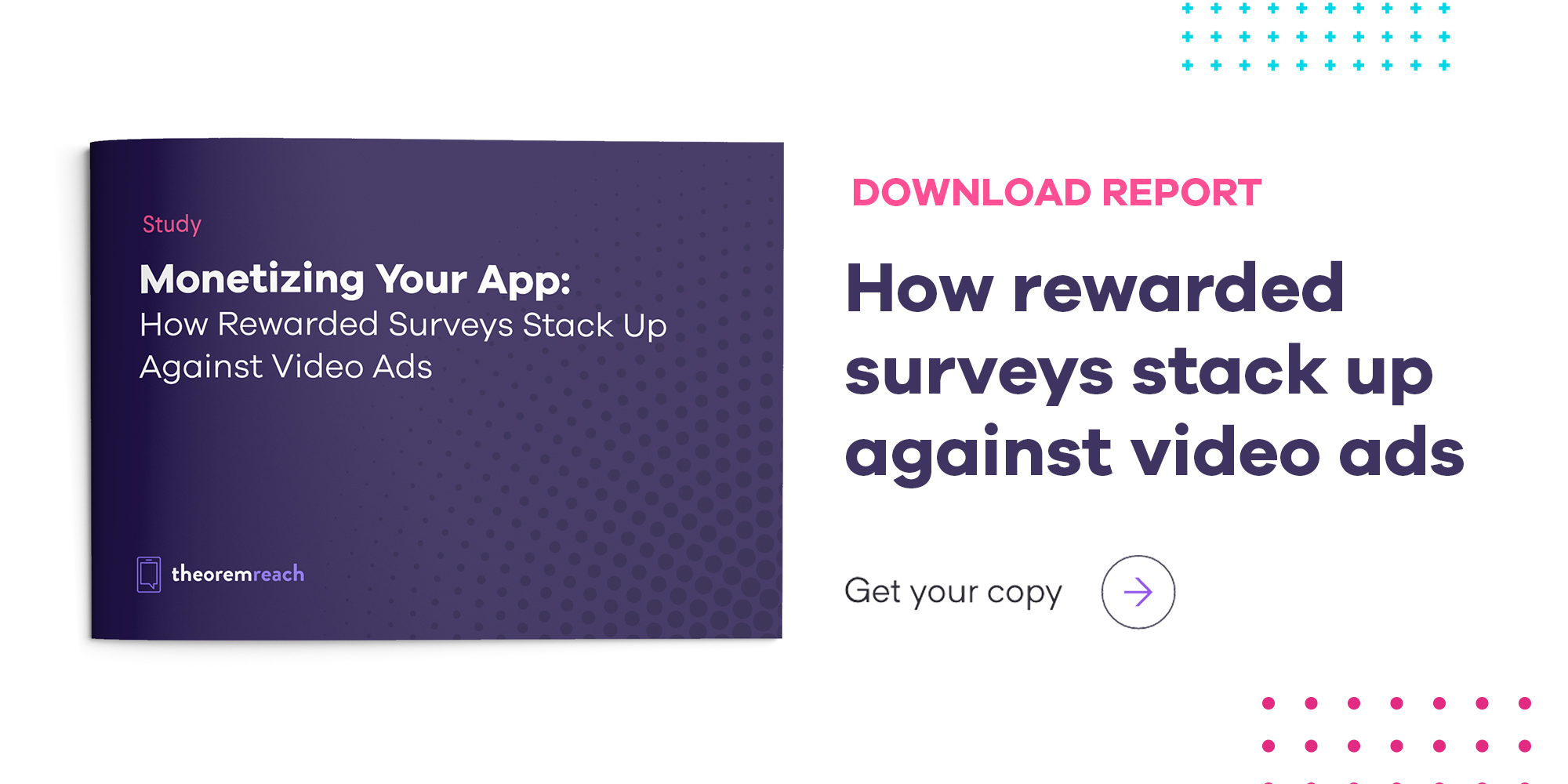